AUDIO: Another story from Late Night Larry, recorded late one morning at the National barbecue. With chatter in the background from Juneaux, Daniel the Chef, Old Man John and myself…

“I’m coming down O’Farrell Street and I get flagged by this couple. And from the early conversation, I realize they were husband and wife. The guy says to me, ‘You know, you just look like the kind of cab driver we’ve been looking for…'”

It’s last call and I’m in the Castro. Since there’s space in the Bank of America taxi stand, I pull in behind a Luxor. The line moves slowly at first but soon all the cabs in front of me are loaded and I’m on deck.

A guy opens my back door.

He just grunts. Obviously not in a great mood. Whatever.

In a thick accent, he gives me an address. I don’t recognize the street and ask him to repeat it. Then spell it.

“What’s wrong with you?” he asks, curtly. “Do I need to get another taxi?”

“Can you just tell me a neighborhood so I can get a general idea of where we’re going?”

The way he pronounces “Portola” sounds like the street, but when I turn left on 18th, he tells me I’m going in the wrong direction.

“Okay.” That’s not how I’m used to hearing the neighborhood pronounced, but who am I to argue with a native Spanish speaker? I take a right on Collingwood and head to Market.

“I can’t believe you don’t know where you’re going!” His tone is nasty. “I thought you have to know the streets to drive a taxi.”

“I can’t identify every one block street in The City,” I reply calmly, trying to diffuse the situation.

“Well, then put it in your fucking phone!” he snaps.

Even though he’s being unpleasant, I type his address into Google Maps. Just as I suspected, it’s a tiny street between Third and Bayshore off 101.

In between his annoyed sighs, I confirm the route and head towards Duboce Avenue.

The guy continues to mumble insults. “I can’t believe you drive a taxi. You don’t even know what you’re doing.”

“That’s it!” Conjuring Late Night Larry, I pull over to the curb and shout, “You’re out!”

“What are you doing?”

“Then stop being mean!”

It’s Thursday night. After dropping at Bayside Village, I contemplate my next move, blasting Ty Segall while barreling aimlessly into the night. 11th Street or home to Oakland? What shall it be?

Then my Flywheel phone goes off.

850 Bryant. I assume the Hall of Justice but spot two women standing outside the AutoReturn on Seventh, one waving her phone furiously.

I pull up and confirm the name. “Diane?”

“Yes, that’s me,” the first one tells me. “Can you to take my friend to Berkeley on my account?”

The other woman gets in the backseat and Diane asks if it’s possible to order another cab through the app.

I call in the order on the dispatch radio and offer to wait. The streets are empty and she’s too well dressed for the occasion.

“My friend really needs to get home,” Diane tells me. “I’ll be fine.”

I glance in the rearview. Had I picked them up outside a restaurant, theater or trendy cocktail lounge, I wouldn’t have blinked. But under the freeway at midnight, they’re as incongruous as it gets.

After giving me an address, the woman in back sighs.

“I just had the craziest experience of my life.”

I point out we’ve got 20 minutes or so ahead of us.

“You wouldn’t believe me if I told you.”

Late Night Larry shares one of his many stories about the madness of driving a cab at night in San Francisco:

An excerpt from the zine Behind the Wheel 3: From Uber/Lyft to Taxi.

Transcribed at the weekly National barbecue.

It’s inevitable.  Now that I drive a taxi, I regularly field the inquiry:  “So… have you thought about driving for Uber?”  When I tell my passengers that I did the Lyft and Uber thing before switching to taxi driving, they’re usually shocked.  “Don’t you make more money with Lyft and Uber?”  Maybe some do, I’ll say, but I never did. After eleven months of mostly full time driving, my bank account was overdrawn, my credit cards were maxed out, the backseat of my car looked like I’d been transporting farm animals and I was riddled with self-loathing.  I was basically subsidizing multi-million—or, in Uber’s case, multi-billion—dollar companies.  And for what? Empty promises and a sense of community?  What bullshit.  I never felt like anything but an underpaid, untrained and unregulated cab driver.

I could go on ad nauseam, detailing the moral bankruptcy of the Lyft and Uber systems, but now that I’ve been a real taxi driver for two months, I try to deflect the Uber/Lyft question.  It’s boring.  I’m sick of talking about fucking Uber in my cab!  And to be honest, I’m not proud to have driven for them as long as I did.  In fact, I’m ashamed of it.

From the beginning, I was appalled by the self-entitled culture that spawned the phenomenon of “ridesharing” and the consequences it’s had on the livelihoods of cab drivers, most of whom are longtime San Francisco residents.  It wasn’t easy participating in the destruction of a blue-collar industry.  After all, I’m a descendent of coal miners, janitors, store clerks and army grunts.   In college, I was required to read The Communist Manifesto three times.  Being an Uber/Lyft driver is not in my nature. To be successful at it requires personality traits I will never possess: the ability to cheat and scam.  And a complete lack of conscience.  Since the only time you make decent money is during surge pricing, you have to take pride in ripping people off.  The rest of the time, you’re barely making minimum wage, so you need to be somewhat stupid as well.  You’re basically running your personal car into the ground and hoping to luck out with a ride that’s more than five bucks.  Some drivers have figured out how to make the system work for them and earn more money referring drivers than they do actually driving themselves, but isn’t that just a bizarro take on the pyramid scheme?

Despite Uber’s political spin or Lyft’s cheerful advertising campaign, using your personal car as a taxi is not sustainable.  Each time I got behind the wheel of my Jetta and turned on the apps, I had to overlook the absurdity of what I was doing.  It never ceased to amaze me that people would be so willing to ride in some random dude’s car.  But since my passengers acted as if the activity were perfectly normal, I went along with it.

Once I realized what I’d gotten myself into, I wanted to document the exploitative nature of this predatory business model. I wanted to expose the inherent risks associated with inadequate insurance, the lack of training and the vulnerability of not having anyone to contact in an emergency.  I wanted to shed light on the reality of being a driver, dealing with constant fare cuts, enforced jingoism and the tyranny of an unfair rating system.  I wanted to reveal the lies.  All the dirty lies. I started a blog and even published two zines about my experiences.

Naïvely, I thought reporting on these issues from the perspective of a driver would make a difference.  I was wrong.  People hold on to their faith in the corporate spirit even when it’s against their best interest.  That’s what I figured out from all this.  Oh, and that I really like driving the streets of San Francisco.  So I signed up for taxi school and went pro.  Now I make more money, feel more relaxed and no longer have to worry about declaring bankruptcy if I get into an accident.

Plus, I’m a taxi driver. 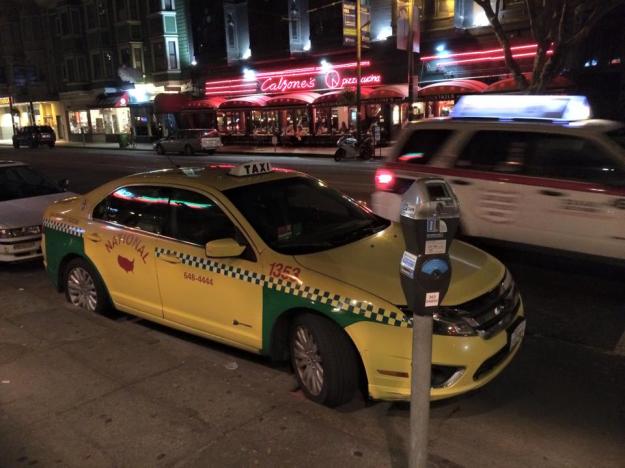 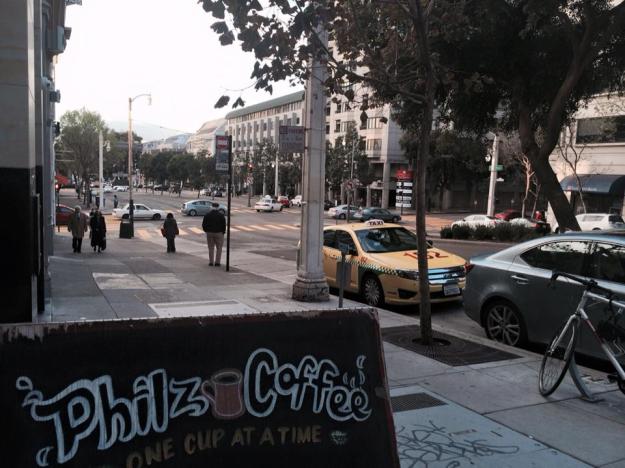 I haven’t felt this connected to a place through a job since I was a cook in New Orleans.