Originally published in the S.F. Examiner on October 9, 2019.

Over the years I’ve documented the numerous hardships cab drivers face on the job. The financial struggles. The unjust competition. The traffic. The requisite long hours. The corrupt government agencies. The indignities of this growing belief that robots will one day do our job better.

Well, all that jive is a walk in the park compared to the constant threat of physical harm. And not just the aches and pains of being confined to a small space for hours on end, but the perpetual fear that something could go terribly wrong…

Spending as much time as we do roving the streets of San Francisco, we see more than your average commuter. The high number of accidents that occur throughout The City on a daily basis is terrifying. Not to mention all the near collisions.

I’m often surprised there aren’t more wrecks, giving how most people operate their vehicles. Drivers going the wrong way on one-way streets have become such a regular occurrence it even happens on the freeway.

Two weeks ago, some yahoo in a Tesla drove the wrong way across the entire length of the Bay Bridge through the toll plaza and onto I-880. How nobody was injured or killed along the way is an absolute miracle.

Unlike last Thursday morning, when an intoxicated woman made the fateful decision to drive home to Hillsborough from The City and somehow ended up on the northbound side of 101.

Apparently, several motorists saw her and called CHP. Before they were able to catch up with her, though, she came around the curve at the 280 split, where there is an incline as the roadway curves, limiting visibility, and barely missed an 18-wheeler, colliding head on with a National taxicab driven by Berkant Ahmed, who was transporting a couple from Chicago he’d just picked up at the airport.

In the horrifying aftermath, nobody survived. 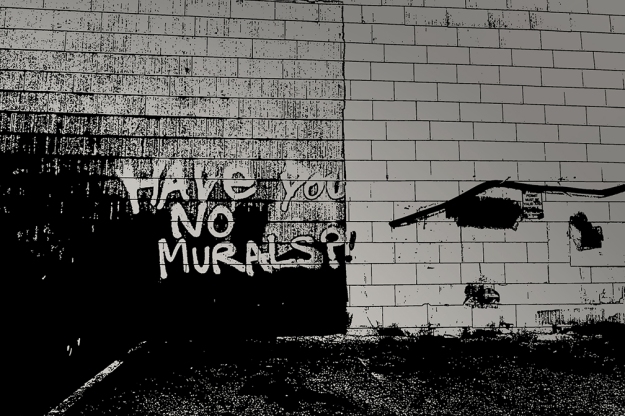 Originally published in the S.F. Examiner on October 2, 2019.

After guiding me through the process of becoming a cab driver over five years ago, Jacob Black offered one last bit of advice before I started my first shift. We were standing outside the Veterans yard and he asked if I had at least $20 in small denominations to make change. I showed him my wad of singles and fives.

“It’s best to wear a shirt with pockets,” he told me. “So you can keep track of your money.”

Fortunately, I have an assortment of western-style button-ups. So when it’s time to hand a passenger change at the end of a ride, I’m not fishing around for my cash.

Little did I know back then, though, that my hand wouldn’t be the only one reaching into my pockets. Because when you deal with lots of cash, someone always wants a piece of the action.

From cab companies to the SFMTA. From dispatchers and gasmen, to hotel doormen and bouncers at strip clubs.

In the small hours, Howard Street can be the loneliest stretch of asphalt in The City.

Driving through the quiet streets of SoMa after midnight is like starting into an abyss. Behind you are the glass high rises of downtown and straight ahead, the rowdy clubs on 11th Street. Beyond that, the hustle and bustle of the Mission.

Between those two points, there isn’t much activity and I tend to drift into despair. Especially when it’s my last chance to redeem another pilfered shift.

With only eleven hours to make gate and gas, I spend the first half of the night in the red. Once I have my nut, then it’s my turn to earn a little scratch.

But one false move and I’m chasing the shadows of fares until I have to turn in my cab.

Maintaining a positive outlook isn’t easy when there’s so much at stake.

Even though the clubs are all hopping and partygoers are spilling out onto the sidewalk and into traffic, scoring a live one is tricky. And despite the doom and gloom that can overtake you on nights like these, you still have to be ready to force a smile once someone does flag you down. Because no one likes a party pooper.

So you just keep circling and hoping for the best …

After popping and locking up Valencia, followed by a creepy crawl down Mission, I cross myself at 13th and drive-by Monarch at Sixth. I circle the block in case the signs of life aren’t just my imagination, then head towards 11th. From there, I do the Folsom Street shuffle.

At Eighth, a line of cabs is wrapped around the Cat Club and F8 like a birthday gift that no one wants to open. Outside 1015 Folsom, the doormen point flashlights at the drivers who try to stage.

At Fifth, I take a right and cruise Blow Buddies on Harrison, where there’s always at least one cab posted up. I investigate the End-Up and consider whether to circle back to Union Square or head to the Mission.

Waiting for the light, I gauge my level of desperation and decide whether it’s worth the effort to troll Polk Street.

while I have your attention…

If you dig these short rides, why not consider going for a long haul and buying a zine?

Each issue of Behind the Wheel is jam packed with ribald tales, cheap thrills and personal insight from the manic streets of San Francisco, illustrated with city scenes, maps and retro graphics. Also, stickers!

As a general rule, I never read comments. Especially comments on my own stuff, either on the Examiner site or social media. But when someone tags you in a Facebook post, it’s hard to avoid the nastiness so common when there’s a computer or smart phone screen in the way.

That’s how I stumble upon this bitter perspective:

“I guess writing this column is the only reason you still drive.”

I instantly click reply, “What the fuck does that even mean? As opposed to doing what? Getting back on track with my fledging astrophysics gig?”

Does this person think I’m independently wealthy? That the Examiner is paying me the big bucks for my 700 words a week, which I invariably turn in late because I’m too exhausted from driving a taxi all week to write about driving a taxi?

Before clicking submit, though, I delete the response. Type out, “You sound like my wife.” Then replace “wife” with “mother-in-law.” And delete that, too.

Instead, I turn off my phone and roll over. As I watch my daughter sleep under the muted glow of a nightlight, my mind spins, processing this notion that I’m supposed to be more than a taxi driver. Why? Because I’m white? American? Male? College-educated?

Who makes up these rules?

I never thought having a child would help me deal with driving a taxi. But the shrieking of an infant reminds me of those impatient cab drivers who use their horns to communicate …

A few weeks ago, I’m lining up on Market Street waiting for the Orpheum to break.

Several cabs have already queued. I pull behind an unmarked SUV with its hazards on. I don’t know if it’s an Uber, so I keep my distance. A Flywheel cab gets behind me and starts blowing his horn. Several taps at first, but then he really lays on it.

Finally, the guy gets out walks to the front of my cab. He starts gesturing at the space between the SUV and me. In broken English, he tells me to pull up. I try to explain that I don’t know what the SUV is going to do and want to avoid getting stuck. But he keeps shouting at me, so I just move up grudgingly.

He bellyaches all the way back to his cab.

A few minutes later, the show lets out, and people start getting in cabs.

The Flywheel driver, who doesn’t seem to know how to work the theaters, starts blowing his horn again and trying to get around me on the left. I see people get into the taxis in front of the SUV, which, predictably, doesn’t move. As a couple heads for my cab, the Flywheel is angled on my left so that when a lady tries to get into his cab, he’s too far away and she gets into the Fog City behind him.

I hit reverse to move around the SUV to escape the melee.

When it comes to an 8-month-old, screaming pretty much gets the desired result. According to baby experts, she doesn’t understand “No!” yet and, well, we really don’t want our neighbors to hate us too much. For taxi drivers who use their horns to communicate, though, it doesn’t always pay…

On this, the occasion of my 100th column, I can’t help but feel somewhat reflective. Almost two years have passed since the San Francisco Examiner gave me an opportunity to tell my stories of The City’s streets in 700 words, give or take. While writing about driving a taxi comes easy, actually driving a taxi can be a real drag sometimes. Particularly on those slow, mind-numbing nights, during excruciatingly slow weeks, in painfully slow months.

Taxi driving is more than a job. It’s a form of punishment for all the bad decisions you’ve ever made. Instead of pursuing the 9 to 5, you became an artist, played in bands, wrote books, traveled or just enjoyed life — all the unrealistic distractions your parents, teachers and guidance counselors said would only lead to poverty that somehow became sustainable through driving a taxi. Until one day, it was no longer viable, once some eggheads created a centralized dispatch app, and the cab companies were too busy squabbling over brand recognition to retain any relevance. But in the stupidity of it all, there was still a sense of freedom.

Taxi driving is still the closest you can get to the swashbuckling adventures of a pirate. With no bosses around and no supervisors breathing down your neck, it’s just you, your cab, the streets and the general public. How you navigate those obstacles is up to you. Even if you don’t have what it takes. Thankfully, the meek get lucky, too.