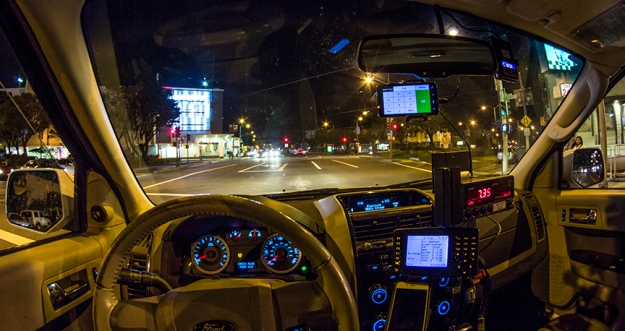 The Central Freeway is like a noose. If you get on the elevated roadway when traffic is backed up on the bridge and/or at the Hospital Curve, you’re gonna be hanging around until you feel like dying.

Last Saturday night, as events at all the venues in Civic Center begin breaking one after another, the demand for transportation is intense.

Outside the Orpheum, a family gets in my cab heading to the Fairmont.

Along the way, the mother asks me, “So what’s the deal with Uber and Lyft?”

I can’t help but laugh. At least once a shift, usually more, a passenger brings up Uber and Lyft. A subject I avoid at all costs.

“Is it? I’m just curious what makes them different from taxis.”

Since she seems earnest, I give her a quick rundown.

“I like the sound of taxis better,” she says as I pull into the hotel driveway. She hands me a $20 bill folded in half. Tells me to keep it.

I race back to Civic Center just as the Opera is breaking. Before I can turn onto Grove from Van Ness, people jump in front of my cab. I try to direct an older couple out of the crosswalk but the man opens my back door. A mass of angry pedestrians maneuvers around us.

“Do you know Executive Park Boulevard?” he asks.

“Out by Candlestick Point?” I reply.

I head down Van Ness towards the Central Freeway.

“We were just about to order an Uber when you showed up,” the woman tells me. 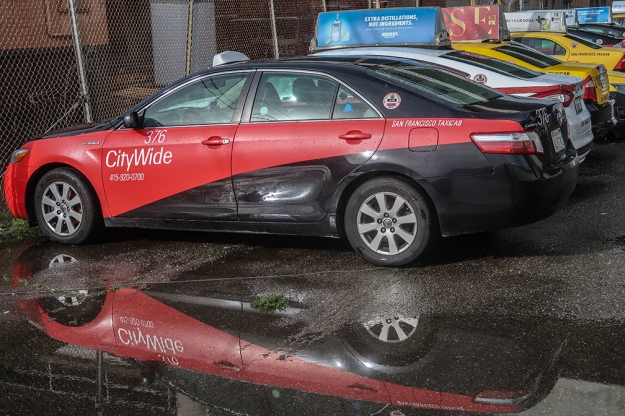 Originally published in the S.F. Examiner on November 7, 2019.

That’s the thing about cab driving. You just never know. One week you net a cool grand in three days, and the next, you’re just working for the company.

If you’ve been driving a taxi long enough, you do know those unprofitable shifts are only a small taste of what’s to come. Once winter finally arrives.

Of course, any sensible person would prepare for the inevitable loss in income, but with such unpredictable earning potential, it’s no easy task amassing a nest egg large enough to serve as a buffer during lean times. Because you’re never quite sure which week is the week you should sock away most of your earnings instead of, I don’t know, paying rent…

Just released: Dispatches from Behind the Wheel: The Omnibus – The Complete Zine Series about Driving for Hire in San Francisco 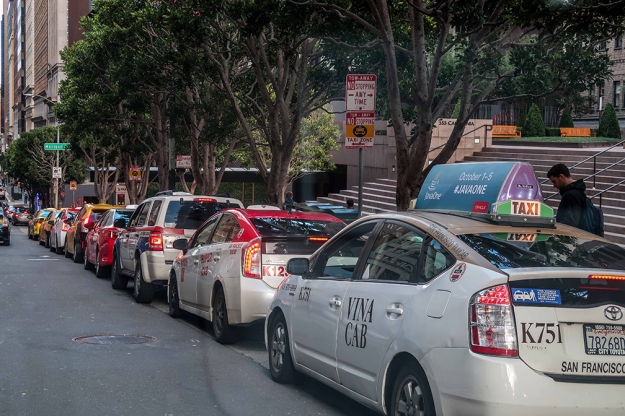 Originally published in the S.F. Examiner on September 19, 2019.

Last week was full of extremes and extreme confusion. From a scorcher on Thursday, when my shift begins, to rain on Monday, when it ends. From a feeding frenzy at the airport, to a slow crawl through the holding lots, as if we’ll never reach the terminals. From random flags in random corners of The City, to hotel cab stands that have more taxis than taxi patrons.

Nothing seemed to make sense. Even now, I’m still searching for a unifying theme, other than wanton chaos.

Despite feeling out of synch most of the week, there was also a weird synchronicity at play.

On Thursday, I get a ride out of the Orpheum. Two stops. First, Vallejo and Laguna. Second, Chestnut and Mason. My next fare, out of the Golden Gate Theater, goes to Vallejo and Gough. After that, I pick up at the Opera going to Chestnut and Leavenworth.

All week, the northeastern quadrant of The City seems to have this strange gravitational pull over me. Half my rides terminate in the Wharf, the Marina or one of the other adjoining neighborhoods.

Despite the anarchic flow, things start off well enough, a continuation of my good fortune from last week, but after Friday the 13th, my luck fizzles. 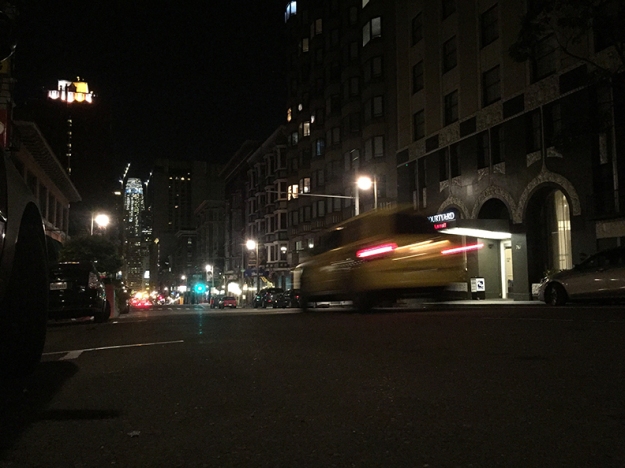 In the small hours, Howard Street can be the loneliest stretch of asphalt in The City.

Driving through the quiet streets of SoMa after midnight is like starting into an abyss. Behind you are the glass high rises of downtown and straight ahead, the rowdy clubs on 11th Street. Beyond that, the hustle and bustle of the Mission.

Between those two points, there isn’t much activity and I tend to drift into despair. Especially when it’s my last chance to redeem another pilfered shift.

With only eleven hours to make gate and gas, I spend the first half of the night in the red. Once I have my nut, then it’s my turn to earn a little scratch.

But one false move and I’m chasing the shadows of fares until I have to turn in my cab.

Maintaining a positive outlook isn’t easy when there’s so much at stake.

Even though the clubs are all hopping and partygoers are spilling out onto the sidewalk and into traffic, scoring a live one is tricky. And despite the doom and gloom that can overtake you on nights like these, you still have to be ready to force a smile once someone does flag you down. Because no one likes a party pooper.

So you just keep circling and hoping for the best …

After popping and locking up Valencia, followed by a creepy crawl down Mission, I cross myself at 13th and drive-by Monarch at Sixth. I circle the block in case the signs of life aren’t just my imagination, then head towards 11th. From there, I do the Folsom Street shuffle.

At Eighth, a line of cabs is wrapped around the Cat Club and F8 like a birthday gift that no one wants to open. Outside 1015 Folsom, the doormen point flashlights at the drivers who try to stage.

At Fifth, I take a right and cruise Blow Buddies on Harrison, where there’s always at least one cab posted up. I investigate the End-Up and consider whether to circle back to Union Square or head to the Mission.

Waiting for the light, I gauge my level of desperation and decide whether it’s worth the effort to troll Polk Street.

while I have your attention…

If you dig these short rides, why not consider going for a long haul and buying a zine?

Each issue of Behind the Wheel is jam packed with ribald tales, cheap thrills and personal insight from the manic streets of San Francisco, illustrated with city scenes, maps and retro graphics. Also, stickers! 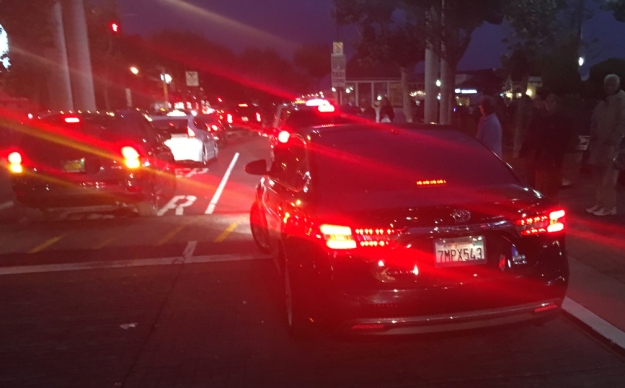 Maybe it’s just my imagination. Or maybe I really do need to get my aura cleansed.

That was Irina’s sardonic recommendation to cast away the various misfortunes that have been following me around lately like a personalized rain cloud. Or, in her more succinct evaluation: to become less of a schlimazel.

It definitely feels like the universe has been having a cosmic giggle at my expense these days.

Half the time when I order take-out, they give me the wrong food… A perfectly healthy plant only has a 50-50 chance of life expectancy under my care… Despite maintaining the same clothes sizes for over 20 years, I somehow invariably buy shirts in medium instead of large…

Why? It makes no sense.

As I sit behind the wheel of my cab, stranded on Maritime Street at West Grand and waiting for the tow truck to arrive, I can’t help but contemplate my propensity for misfortune.

After all, it was my rotten luck to end up in a taxi without a spare tire in the trunk. Road flares? Check. Lug wrench? Got it. Donut?

Even worse, I’m out of cigarettes. And way too un-caffeinated to deal with this predicament. 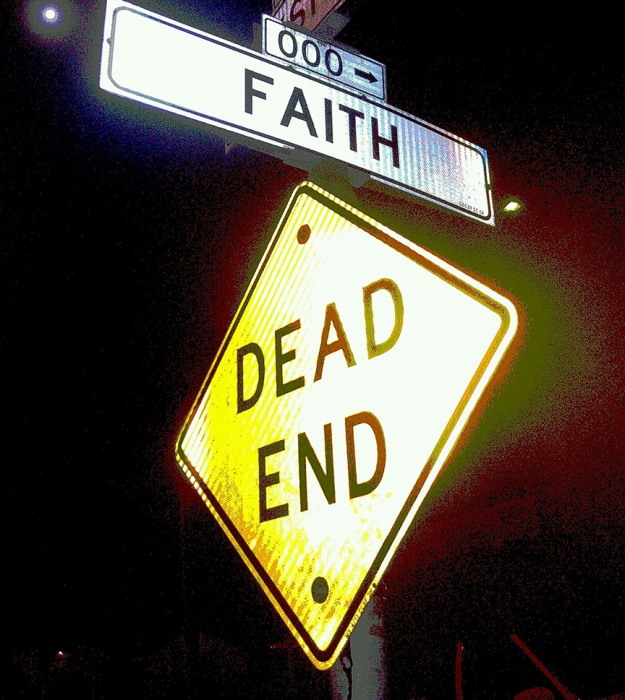 Not all rides are equal. Even if they start at the same point, destinations vary

so drastically — and financially — that entire shifts can hang in the balance of one arbitrary decision.

In my early days of driving a taxi, I approached each intersection with a quandary: What’ll happen if I turn right? Will I hit pay dirt by taking a left instead? Or does my fortune lie straight ahead?

After a while, I realized there’s nothing certain about taxi driving, every move is a gamble and the only way to avoid going insane is by letting fate determine your trajectory.

Nowadays, when I leave the National yard, my usual thought is, So… where are the taxi winds going to take me tonight?

Even though getting Zen about cab driving may lead to warm and fuzzy feelings, there are hundreds of taxi drivers on the streets, who are all in direct competition with each other and couldn’t care less about your inner serenity.

It’s only a matter of time before your phlegm is put to the test. 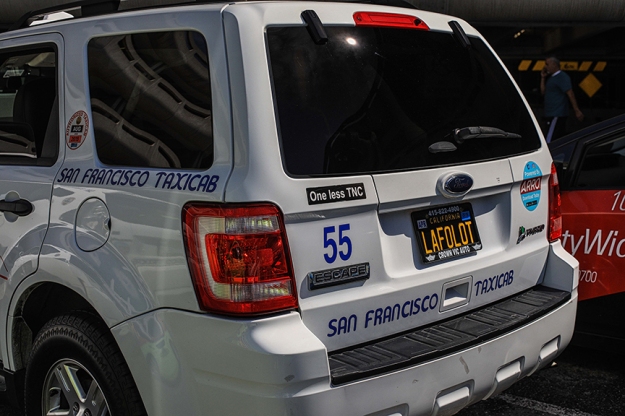 Outside the Hyatt Regency, an Amtrak Thruway Coach idles in the bus stop, leaving just enough room for me to pull into the cabstand. A few seconds later, an elderly man approaches my cab.

In the side mirror, I notice suitcases. With a Thruway Coach on the scene, though, it’s unlikely they’re going to the airport.

While stowing the luggage, I ask for their destination.

The husband and wife are from a small town in New Jersey and plan to spend a week in San Francisco. To see the sights. But mostly to shop.

As we roll down Market Street, they stare out of the windows, marveling at the grandeur of The City. I go into tour guide mode.