My column for the S.F. Examiner this week is about unscrupulous landlords…

It’s not a good time to be a landlord…

In January, the state of California passed Senate Bill 91, the Tenant Relief Act, to help renters and landlords financially impacted by the pandemic. Besides extending the eviction moratorium, the bill also devotes $2.6 billion to reimburse property owners for unpaid rent.

Even though most landlords will benefit from the bill by getting 80 percent of money they might otherwise never see, according to Apartment Owners Association News, a trade publication that showed up in my mailbox addressed to a previous occupant or current resident, the AOA is opposed to SB-91 because it challenges a cornerstone of their industry: controlling tenants.

Rent is a form of blackmail, a quasi-protection racket that ensures you pay your landlord a tribute each month in exchange for shelter, i.e., protection from homelessness. Within this system, there is a major imbalance of power between the tenant and the unscrupulous landlord, since the latter has the control. The only way for the tenant to resist this disparity is to not pay rent. But then you’ll end up homeless.

No matter what, a landlord is gonna landlord. 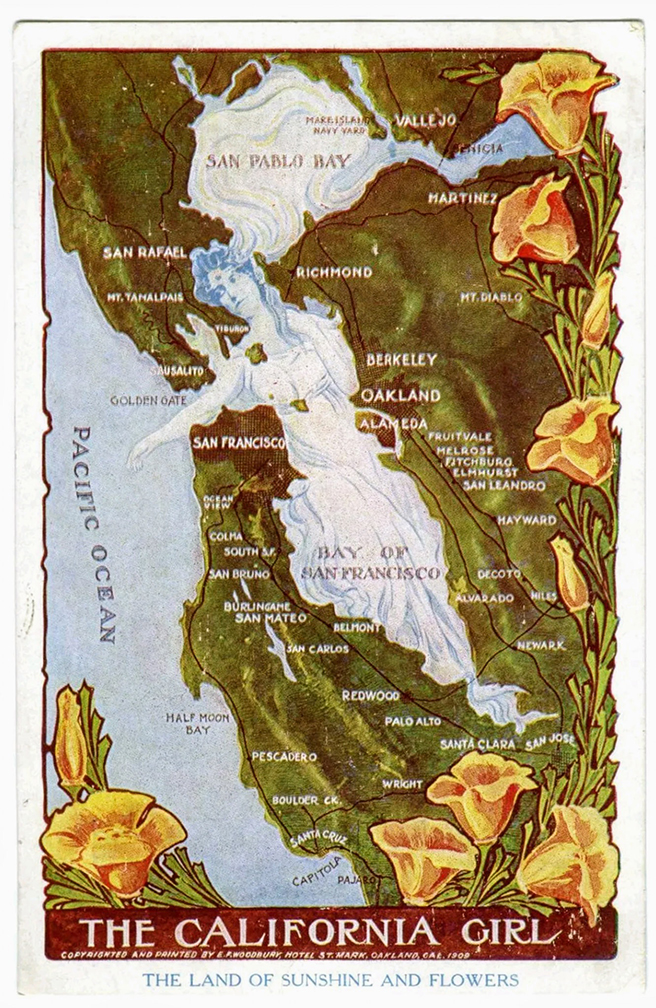 Last Sunday morning, after power-walking nine blocks from my apartment to the MacArthur BART station, then taking the escalator steps, two at a time, I hit the platform just as the doors of the train slide shut in my face. I consider trying to pry them open and look imploringly through the window for sympathy from the riders, but the train pulls away and all I can do is curse my luck, find a patch of shade and wait until the next one arrives.

Exposed to the elements in the middle of I-980, the wind is relentless. It’s going to be another warm, blustery day, with strong gales that will surely exacerbate the Kincade Fire up north, causing more destruction and mass evacuations.

When a Warm Springs train arrives, a mob of commuters files out onto the platform. Everyone stakes a position to bum rush the next train. I eyeball the wait time on the overhead sign. Fifteen minutes. Wait, wasn’t it just thirteen? Is the time going backwards?

Not only are the trains on a Sunday schedule, the PG&E power outages have led to system wide delays.

There’s a sense of impending doom in the air, and the smell of charred earth.

Frustrated and nervous about getting to the Yellow yard in time to secure a cab, I resume a conversation that’s been playing out in my head intermittently for the past week, this one-sided continuation of a discussion that began with a passenger in my taxi.

Young guy from El Paso. As a liberal vegetarian with an artistic bent, he was understandably infatuated with California. San Francisco in particular.

To a certain type of visitor, California can seem like a utopia. When you live here, though, it’s a different story.

Even though it was a relief to have a conversation about The City that wasn’t a total gripe fest, when he said, “It must be dope living in Cali. You guys got it made,” I couldn’t help but laugh. And not just because of his cringeworthy truncating of California.

I’ve had similar conversations with numerous passengers in the past and always say the same thing: “Yeah, well, all those privileges carry a hefty toll.”

The high cost of living in California isn’t just financial. You pay the price through everyday transactions. 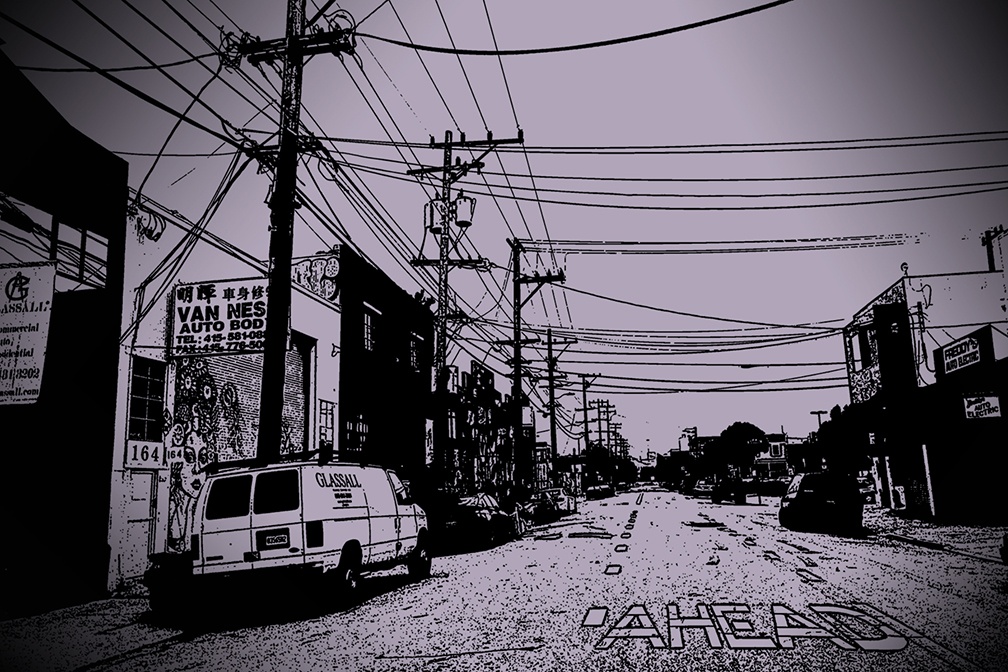 Over the course of writing this column for the past five years, I’ve never missed a week. I’m often late sending in my copy, but still manage to turn something in each week.

It isn’t always easy. After working four long taxi shifts and co-parenting a child, there are some weeks when my deadline hangs over my head like a hundred pound boulder as I frantically try to cobble together my thoughts into coherent prose. In moments like these, I begin to doubt my ability to write at all, and giving up seems like a valid option. But I persist and eventually the story comes together.

Even though I may contemplate throwing in the towel, there are multiple reasons why I’ve never given up. Not least of which is the money. Equally important is a loyalty to readers. Especially those who make an effort to email me and share their own experiences, even though I rarely have the time to respond to them.

More than anything else, though, my biggest motivation to write this column is a commitment to maintaining a working class voice in the media.

One Friday afternoon, overwhelmed by the onslaught of rush hour traffic, I decide to take a break from fighting the congestion downtown. After dropping off at 16th and Valencia, I find a vacant spot on 14th Street, just past South Van Ness. I pull over in front of an auto body shop that’s closing up for the day. One of the workers looks at me. Through the passenger side window I ask him if it’s okay for me to park there. He nods and goes back to cleaning up the garage.

After jotting down some notes in a Moleskine, I take in the street scene around me. Men and women in uniforms walk briskly past my cab. Most likely heading home from a long day at work. A lady slowly pushes a cart full of grocery bags from Foodco up the sidewalk, while two young children walk alongside her, their tiny fingers holding onto the cart.

In the midst of this afternoon migration, a guy meanders down the street taking pictures of murals with his phone. Periodically, he stops to stare into the screen.

What’s he up to? I wonder. Probably Instagramming the gritty street art of the Mission to his followers, if I’ve figured anything out from looking over people’s shoulders on BART.

This assemblage makes me think about how our society perceives itself. For some reason, blue-collar workers are often overlooked in the media, with most of the attention placed on the young people who work in and perpetuate the tech industry’s influence.

If you were to only see the world through social media, you’d think millennials are the only ones who matter. Or even exist, really. But despite being ignored, there is still a vibrant working class in San Francisco. I don’t know the numbers, but the tech industry can only represent a small percentage of Bay Area workers. And yet, that’s all anyone really talks about.

Using this column as a platform, I’ve always made a concerted effort to document an alternate reality, that of blue-collar workers.

Which is why it’s somewhat painful to announce that “I Drive S.F.” is no longer a weekly affair, thanks to the AB 5 bill that passed in September. 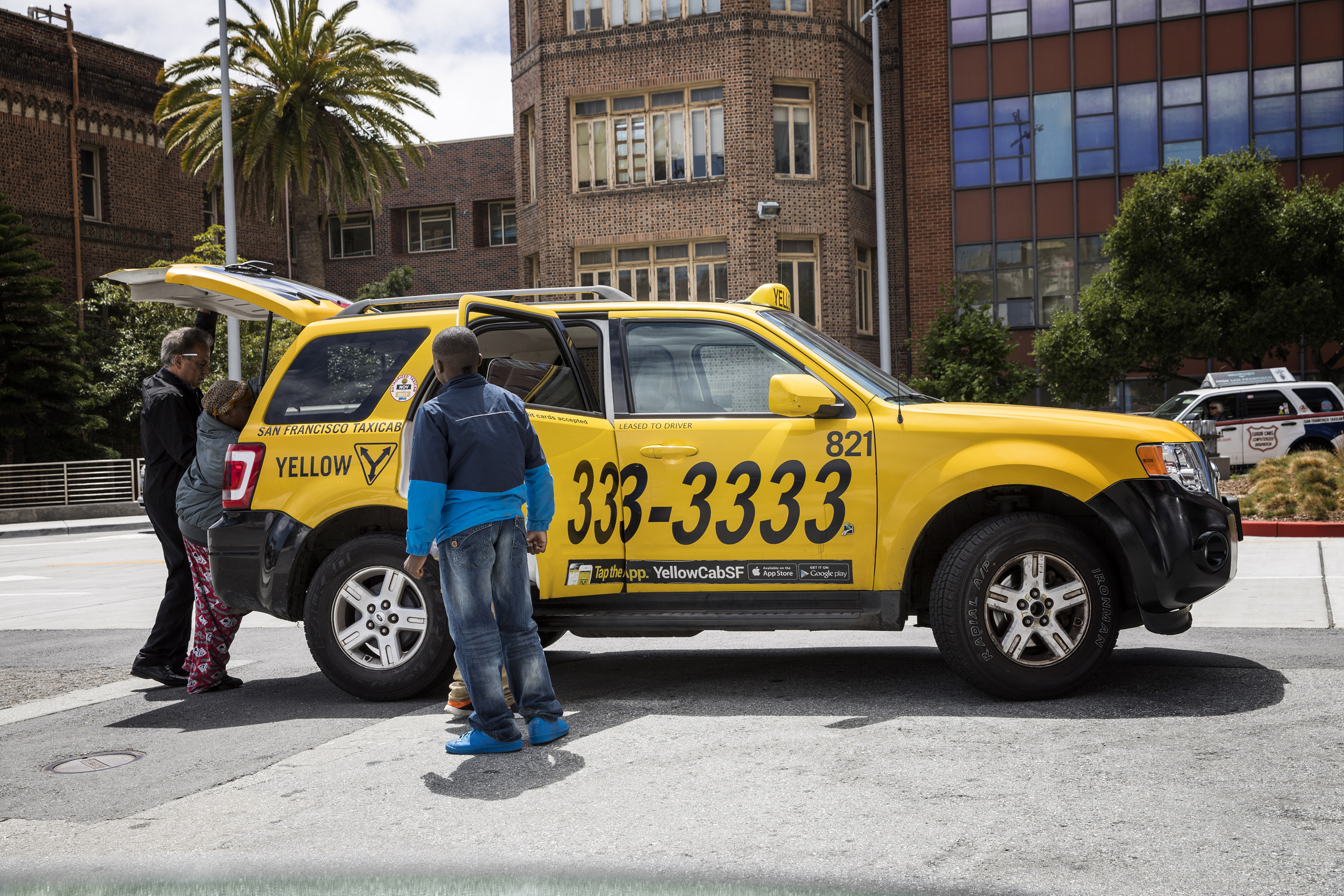 My column this week for the S.F. Examiner touches on some of the racial elements in taxi driving…

On the corner of Folsom and 6th, a guy is standing with his hand in the air. Even though it’s not a night to be turning down fares — if there ever are nights like that anymore — three empty taxis in a row blow right past him.

When he turns around to flag me, I see what the problem is: He’s young and black, with dreads protruding from his hoodie and a gold grill flickering in the haze of a streetlamp.

As he approaches my cab hesitantly, I gesture him forward, and he jumps into the backseat. Up close, he looks more like a lost kid than a gangster, despite the getup.

“I need to get to Richmond hella bad,” he tells me.