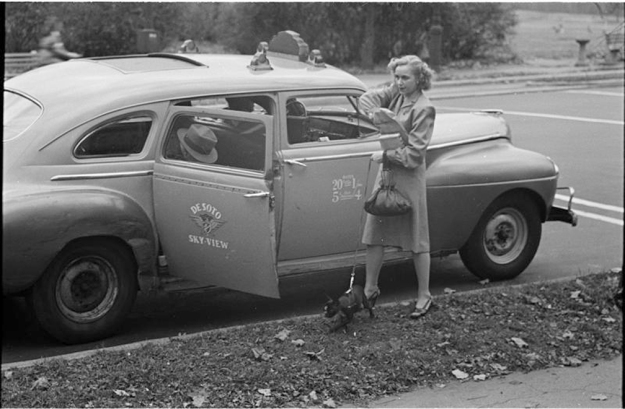 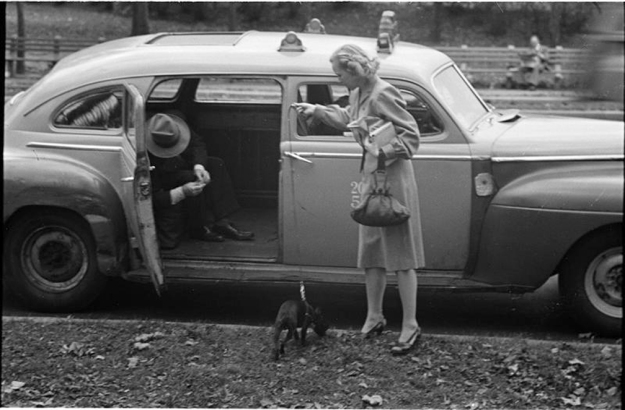 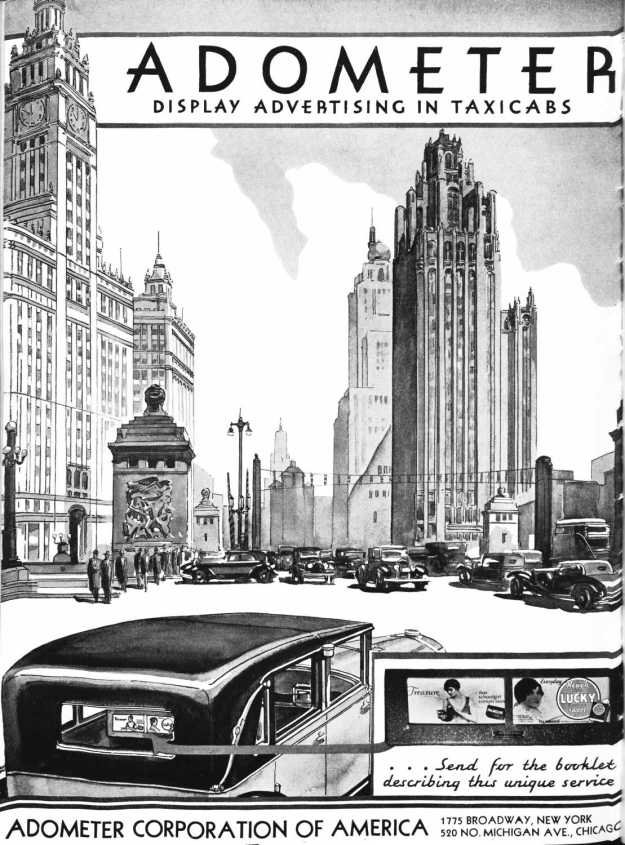 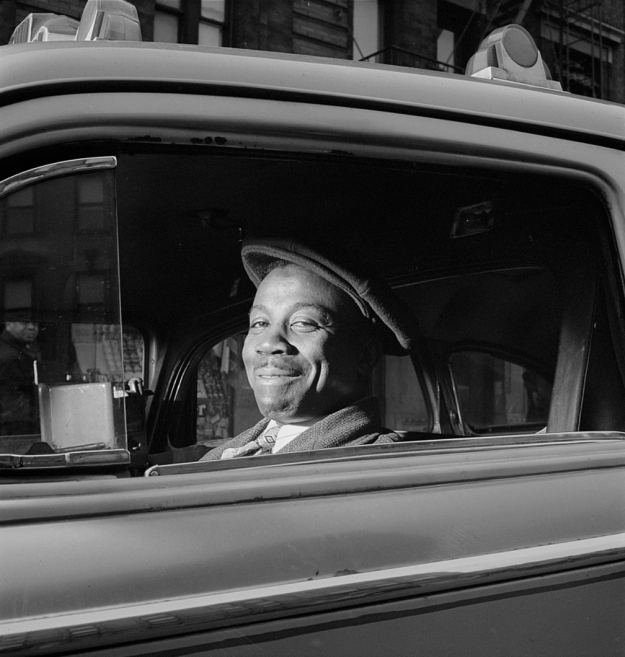 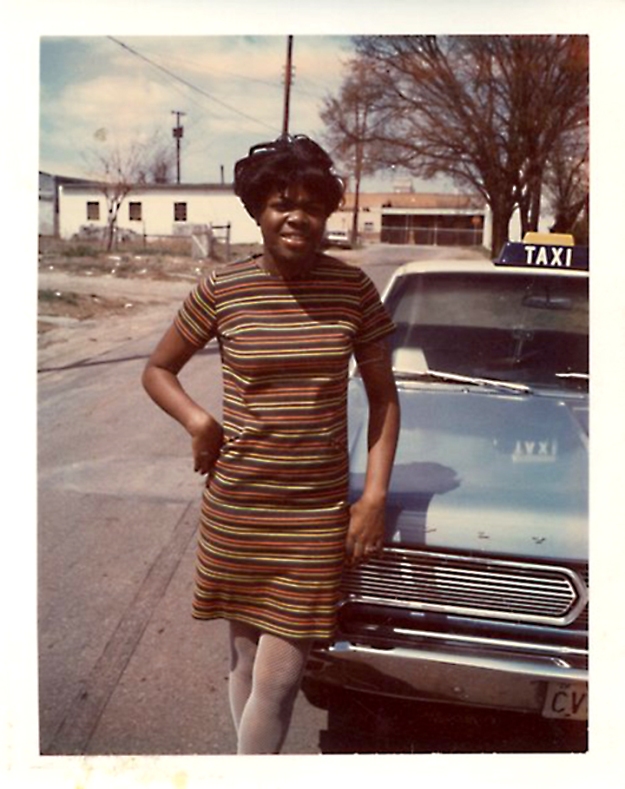 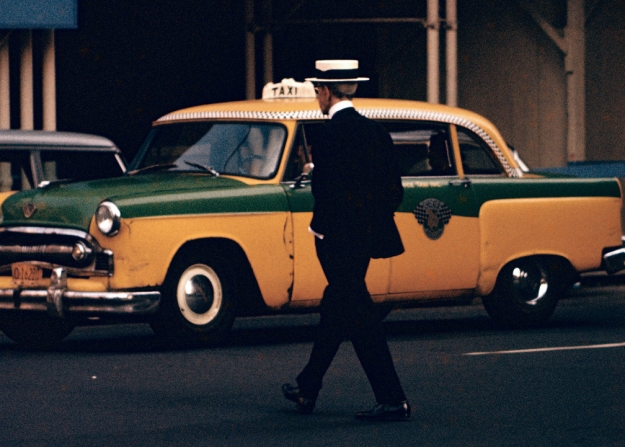 The City is dead.

It’s barely midnight, and half of the bars in the Mission are already shuttered. Most of the late-night taquerias as well. Even the line at El Farolito is barely out the door.

There isn’t much left to do but ride the green wave down Valencia Street and blast Galaxie 500 as an Uber tailgates me. Probably wants to race up to the red light, slam on his brakes and then speed off to the next intersection. ’Cause that’s what they do.

I could easily pull over and let him get on with his exercise in futility while I practice my own, but the lo-fi psychedelia pouring out of my speakers has me in a tranquil headspace. Ah, who am I kidding? I just really love annoying Uber drivers.

Not that I should harbor so much animosity toward these poor schmucks who don’t yet know they’re getting screwed. One day, they might figure out the system is rigged against them.

Slowly, the public is becoming aware that taxi drivers aren’t the only ones getting screwed anymore. As the wave of anti-Uber/Lyft backlash continues to surge, the people of San Francisco are realizing they’re also getting the proverbial big one up the you-know-what.

It seems the only people benefiting from the proliferation of scab cabs are the passengers who use these services. Of course, they’re usually skulked down in the backseat with their phones in front of their faces, willfully oblivious to the problems their transportation choices create, so who knows what they think … 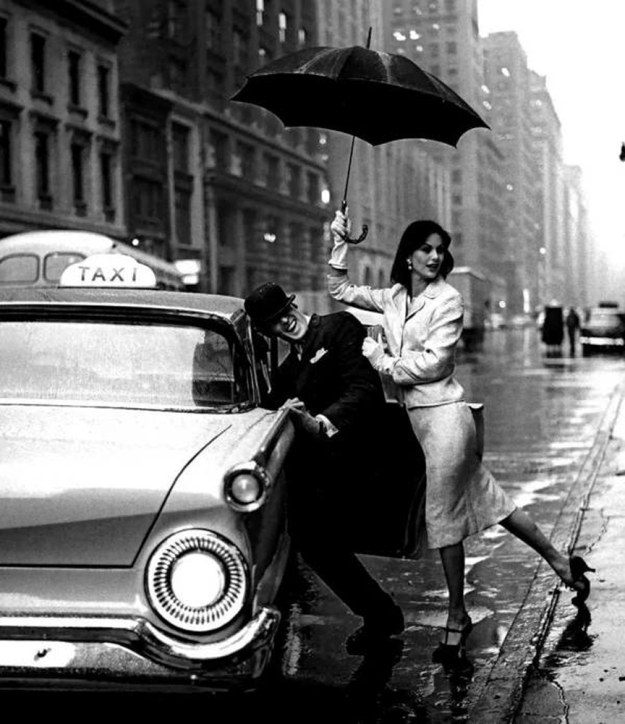 During a recent Recitation of the Waybill, a bunch of us were standing around the National office as Late Night Larry offered up some of his incontrovertible advice.

“No matter the question,” he snarled. “The answer is always yes.”

I’ve implemented many of Larry’s words of wisdom over the years, but sometimes it’s my own rules that save the day. Like that Friday night when I was inbound on Columbus at 3 a.m., waiting for the light to change at Pacific.

Behind me, the neon lights of Broadway are diffused in the fog like the setup to a Scooby-Doo mystery, while stragglers lurk in dark corners.

Just as the signal turns green, a young black guy and an older white woman approach my cab. Besides the overwhelming stench of booze that’s almost palpable, their eyes are spinning in their sockets, suggesting other intoxicants.

“Hey! You’re cute!” the woman screeches at me. “Can I touch your hair?”

Less of a request and more of a warning, I try to dodge her grasp.

“Let’s not molest the driver,” the guy says with a giggle. “Yet.”

“Driver, do you know where we can get some snacks?” the guy asks calmly, as if his companion’s exclamation wasn’t clear enough.

I suggest Union Square. With several 24-hour diners, fast food and a 7-Eleven, it covers all the bases for late night snack options. And close enough to get this rascally duo out of my cab. Pronto.

A very cool advert spread for the 1970 Chevrolet taxis: 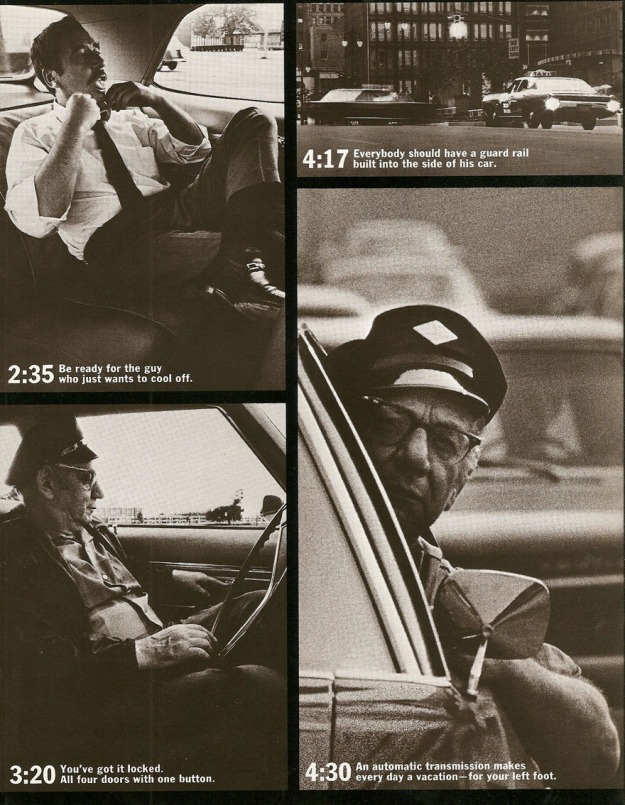 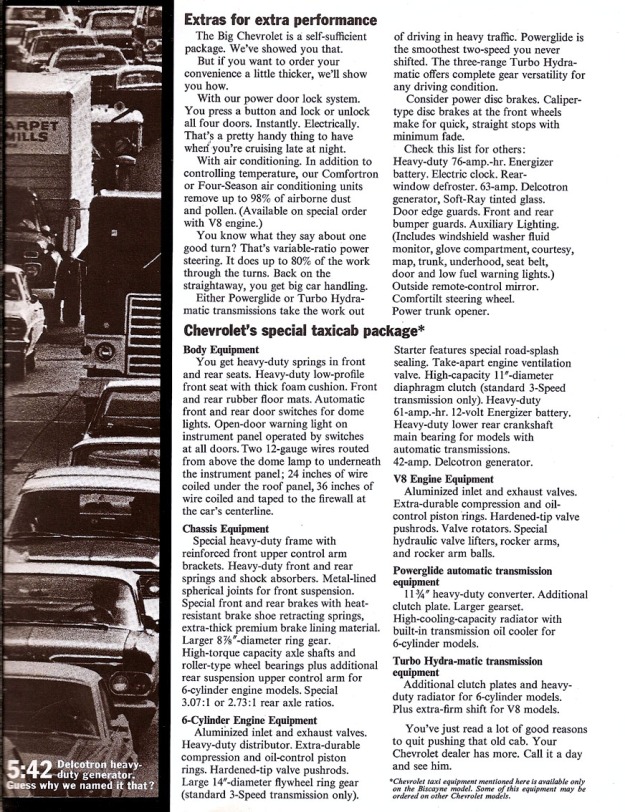 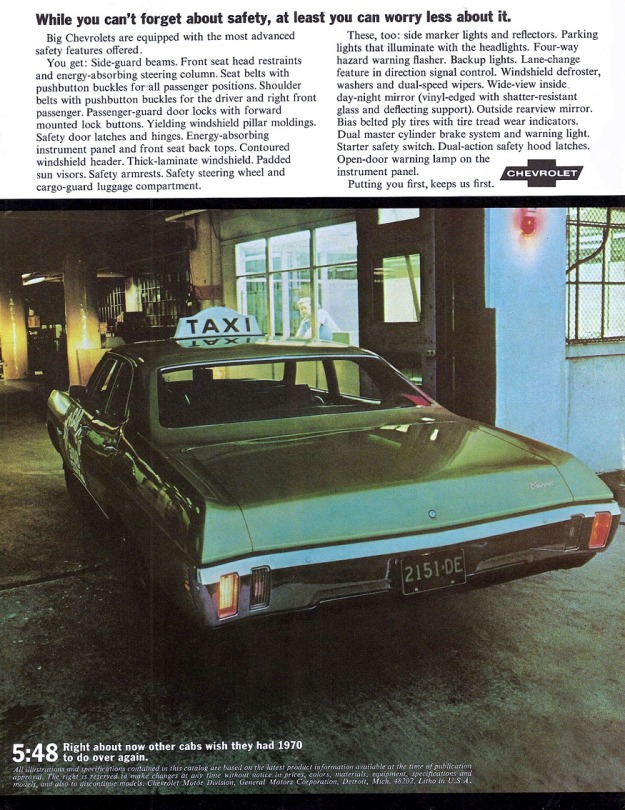