The 16th Street Corridor between Guerrero and Mission is one of the worst traffic clusterfucks in the city. Lined with boutiques, liquor stores, bars, restaurants, shops, movie theaters and apartment buildings – all easily accessed via the BART station on Mission – the corridor functions as a nucleus. A welcome center. Not just to the Mission, but the whole city.

It’s where neighborhoods collide and intersect: SoMa to the northeast, like a pair of shades. Tenderloin due north, where your mind is in the gutter. The Castro is west, like a pack of cigarettes in your jean pockets. Duboce Triangle, on your shoulder like a backpack. And the Haight, the feather in your cap.

The Mission is where it’s at.

And 16th Street is the jugular.

Since the street runs halfway across the city – a straight shot east to west, from the Bay to the Castro – it’s also a quasi thoroughfare along the southern edge of the metro area. And thus, a hotspot of activity day and night. After all, that Latino heat is what gives the city flavor.

As a taxi driver, I try to avoid the area.

With no left turns at Guerrero and Mission, once you enter, you’re trapped. You either push through or retreat down an alley. Otherwise you’ll forced to circumvent packs of drunken jaywalkers. And the inevitable army of Ubers and Lyfts.

Driving in the 16th Street Corridor is like going to war with a bunch of preschoolers. I just want to start slapping drivers upside the head. “Whatsamattawitcha! Fucken morons!”

When they’re not double-parking with reckless abandon, impeding the flow of cars, bicyclists and two Muni routes, they’re driving like complete assholes or chickens with their heads cut off.

So last Friday, when Mr. Judy calls me from Albion and 16th looking for an evac, I’m not thrilled. Nonetheless, I charge into the maelstrom, blasting Edgar Winter’s “Frankenstein.”

Mr. Judy is standing in front of Monk’s Kettle giving dirty looks to passersby. I quickly pull over and he jumps in the backseat.

“Just in time,” he says ominously.

Read the rest on the examiner site.

This week’s column for the Examiner is about switching to the day shift and immediately becoming the quintessential angry cabbie.

The nausea comes in waves, along with dizzy spells and a throbbing in my forehead that pulsates to a beat that matches the jackhammers I wake up to most mornings. It’s the sound of progress. These ugly, prison-like buildings are the future. Who am I to criticize some jerkwad who’s willing and able to pay three grand for a cookie-cutter apartment in an “up-and-coming” neighborhood that still hasn’t figured out what to do with the down and out?

If I ever thought having a kid was going to cramp my style, it’s only because I hadn’t considered how nettlesome living with the Bay Area can be. Compared to the toll this place takes on you, dealing with a screaming, sleep-resistant baby is a walk in the park.

When I switched to driving days, I figured there would be some hiccups in the transition. But I wasn’t expecting to become the quintessential angry cab driver overnight.

The City is dead.

It’s barely midnight, and half of the bars in the Mission are already shuttered. Most of the late-night taquerias as well. Even the line at El Farolito is barely out the door.

There isn’t much left to do but ride the green wave down Valencia Street and blast Galaxie 500 as an Uber tailgates me. Probably wants to race up to the red light, slam on his brakes and then speed off to the next intersection. ’Cause that’s what they do.

I could easily pull over and let him get on with his exercise in futility while I practice my own, but the lo-fi psychedelia pouring out of my speakers has me in a tranquil headspace. Ah, who am I kidding? I just really love annoying Uber drivers.

Not that I should harbor so much animosity toward these poor schmucks who don’t yet know they’re getting screwed. One day, they might figure out the system is rigged against them.

Slowly, the public is becoming aware that taxi drivers aren’t the only ones getting screwed anymore. As the wave of anti-Uber/Lyft backlash continues to surge, the people of San Francisco are realizing they’re also getting the proverbial big one up the you-know-what.

It seems the only people benefiting from the proliferation of scab cabs are the passengers who use these services. Of course, they’re usually skulked down in the backseat with their phones in front of their faces, willfully oblivious to the problems their transportation choices create, so who knows what they think …

This column originally appeared in the S.F. Examiner on March 10, 2017.

It’s 3 a.m. The streets are gloriously free of traffic. As I’m heading back to Public Works, a man waves me down at 15th and South Van Ness. He isn’t going far, no doubt on his way home from work, when the last few blocks can feel like torture. I pull up to his place on Folsom just as the meter hits $5.15.

While I’m sifting through my wad of bills, a scantily clad woman approaches my cab and tries to open the back door.

“¡Pinche puta!” the man shouts and slams the door shut.

She looks at me imploringly through the window. I hand the man his change. He exits, spewing more insults in Spanish.

“You don’t have to be rude, Chubby,” the woman says before asking me, “Can we get a ride?”

Beside her is a young Latino carrying a plastic bag in the shape of a 12-pack.

“Balboa Park,” the guy slurs. Then he asks me to play music and cracks open a beer.

“What are you doing?” the woman demands. “You can’t drink alcohol in the back of a taxi.”

“Maybe this gentleman doesn’t want you drinking in his cab.”

I’m about to take his side, but upon exchanging glances with the woman in the rearview, I keep my mouth shut. It’s obvious she’s a professional.

After catching a few lights down Folsom, I take a right toward Guerrero.

“No, go to Persia and Mission,” he says.

While I’m waiting to turn left onto Mission, he changes his destination again to San Jose and Geneva.

OK. I head back toward Guerrero.

“Don’t you like me?” he asks the woman over the hip-hop blasting at his request. “You don’t say anything.”

“We’ll talk once it’s just the two of us,” she tells him. “Maybe you should stop drinking so much.”

He laughs and cracks open another.

When I get to Geneva, he’s not sure whether to go left or right. I turn the music down.

“OK, sir,” the woman snaps. “That’s the fourth address you’ve given. I’ve had enough of this shit. Driver, take us back to 18th and Capp.”

I glance in the rearview. Her eyes are like razorblades. I make a quick left onto Interstate 280. It’s obvious she’s the professional in this situation.

“How fast can you get us back there?” she asks.

“Then go faster than that.”

“Wait!” The guy begins to protest vehemently. “Where are you going?”

“Sir, this is not how you deal with a prostitute,” she tells him, as if he’s a small child. “You can’t take me out in the middle of nowhere and try to trick me.”

“Why are you listening to her?” he shouts at me. “I’m the one paying.”

I say nothing and drive.

“Oh, you’re going to pay the man.” The woman reads him the riot act. “He probably has a family at home that he needs to take care of, and you’re wasting his time.”

“I’ll call the police then.” He stares intently at his phone.

“Call the cops.” She laughs. “You’re just looking at your damn home screen. You’re too drunk to even make a call.”

“I’m not paying shit,” he mumbles.

At a red light, he tries to bail, but she stops him.

“You better stay in this taxi!” she yells. “Keep your hands off me!”

He punches the back of the passenger seat.

Just as things start to get ugly, I pull over at 23rd and Mission.

The guy makes a grandiose gesture of handing me the money while muttering bitterly. As she walks away, he steps out of the cab to yell at her and then gets back in.

“Take me to Capp,” he demands.

“But I want a girl,” he whines. “Please, help me.” His eyes are full of confused desperation.

Reluctantly, I drive to 20th and Capp, but there are no girls standing around.

“I’ll find one.” He exits the cab and disappears around the corner.

I’m about to take off when I notice his 12-pack is on the floorboard. At this hour, an ice cold 12-pack of Modelo is like gold. So why leave it in my cab? Does he seriously think I’ll wait for him?

I consider tossing the beer out on the street, but then again … it’s not like he tipped me.

One of the first responses to this column after the Examiner posted it on Twitter was critical of the word “prostitute.” The person suggested it had negative connotations and I should have used “sex worker” instead.

My first instinct was to respond with, “Uh, isn’t this how Trump got elected?” Then I thought, Well, I guess my working title: “The drunk Mexican and the wary hooker” was definitely too insensitive. But prostitute?

Ultimately, this is how I responded:

Perhaps there is still hope for civil discourse on the internet. 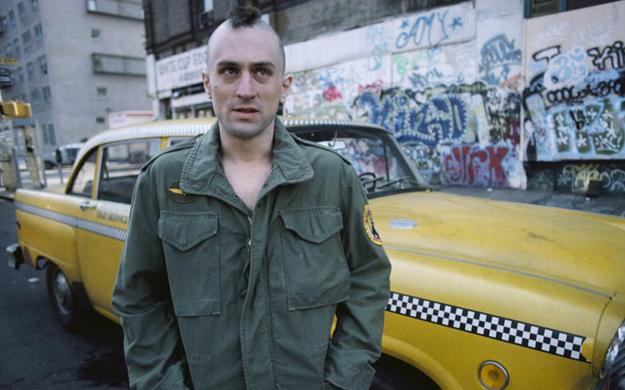 My column this week is about a “fight” outside a bar in the Mission, told from the perspectives of both participants and witnesses, all of whom were passengers in my taxi. Rashomon on wheels.

On the corner of 16th and Valencia, two guys jump in my taxi going to Molotov’s.

As I take 15th Street to Church Street, one asks the other, “Hey, did you hear about that fight outside Delirium tonight?”

“Yeah. Cops showed up and everything.”

“What’s with all the violence in the Mission lately?” his friend wonders.

“These tech bros are out of control,” the first one says. “They make all this money, but it’s not enough to get them laid so they start fights.”

A short while later, I drop at the 500 Club and pull over on 17th to count my money. Out of the darkness, a guy wobbles toward my cab and climbs into my backseat.

“Do you know where the Orange Village Hostel is?” Young and somewhat bedraggled, he struggles with the door. His right arm is injured, forcing him to reach over with his left.

“What happened to you?” I ask, heading to Union Square.

He snorts. “I was attacked by a bunch of assholes from Chicago.”

“Where were you?” I inquire, thinking about the fight outside Delirium earlier.

“Don’t know. Don’t care. The cops were at least able to see both sides. Even if they were from Chicago, too.”

“I may need to go to the hospital,” he says casually. “But I have to stop by my hotel first. My phone’s dead.”

I offer him a charger.

“It won’t get enough of a charge!” he shouts and then howls in pain.

I look over my shoulder. “Dude! Your arm is completely bent in the wrong direction. You seriously need a doctor.”

“Look, I know this must seem sensational to you, but this isn’t my first rodeo.”

“Whatever.” Just another night driving taxi on the mean streets of San Francisco…