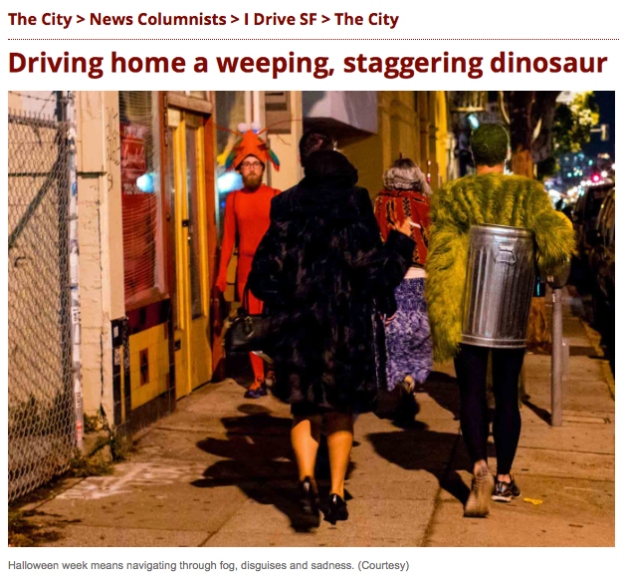 As last call draws near, the lost souls of Halloween wander drunkenly through the late night/early morning fog, in tattered costumes and feeble disguises. And even though my top light is bright enough to guide them out of the thick gloom, nobody extends a hand in my direction.

So I keep driving.

After hunting for fares in the Haight, I cruise up Fillmore. At Geary, a sexy nurse holds onto the side of a building, as if she were taking its pulse.

A few blocks away, on Post, Luke Skywalker tries to use the Force to retrieve his broken phone from the sidewalk.

In the distance, a park ranger chases after a grizzly bear, whose companion is a cheese head.

At Gough, I contemplate venturing onward to Polk Street, and the inevitable shit show. But alas, I don’t have the guts.

Instead, I head towards the Mission, and the usual Friday night haunts.