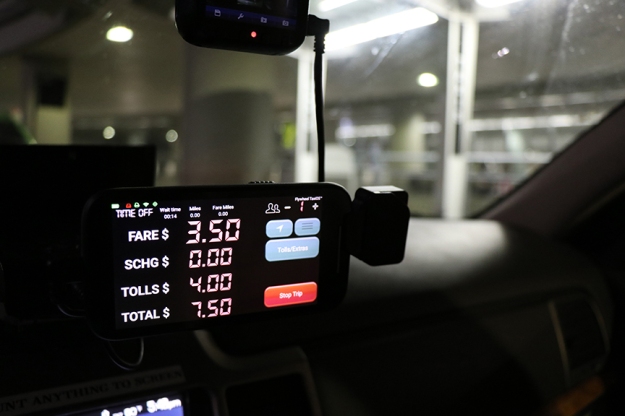 As the prime movers behind the Uberization of San Francisco’s taxi industry, Flywheel, the taxi-hailing app, and Flywheel, the taxi company, seem so intent on emulating Uber that they’re even taking a page out of deposed CEO Travis Kalanick’s “Guide to Being a Complete Dirtbag.”

Drivers were understandably outraged that Hansu Kim, the owner of Flywheel, the app, and Flywheel, the taxi company, would actually kneecap 1,000s of drivers who rely on the app for part of their income, as well as stymie users who expect Flywheel to provide prompt service and, through this divisive act, traduce the industry in the public eye.

As one driver put it: “Just when you think it can’t get any worse …”

But wait. It gets worse.

Since the color scheme partners listed in their first message all use Flywheel’s TaxiOS, instead of the traditional taximeter, most drivers assumed that was the proviso: Adopt their backend, app-based metering system and shoulder the massive costs associated with acquiring hundreds of smartphones to run the app, removing the old taximeter equipment and then paying them monthly service and network charges and a percentage of Flywheel orders, credit card-processing fees and dispatch orders routed through the app.

Displaying Uber-like greed, Flywheel seems to want a piece of all our action, on top of what we’re already giving the cab companies for leasing vehicles.

In return, we get the Flywheel orders back, for which we’d been paying them a cut of appropriately 13 percent.

Now that’s what you call a hornswoggling.