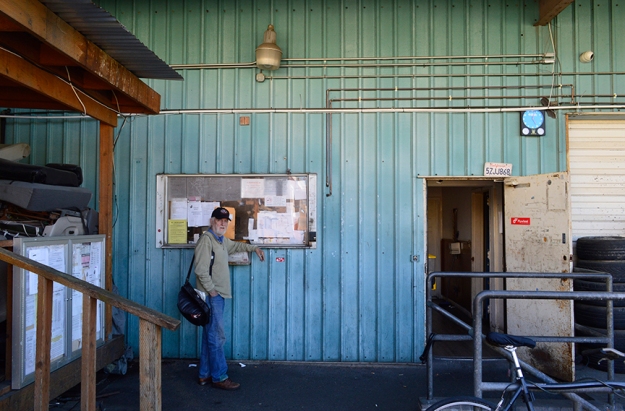 This week’s column is about the Taxi Commandment: thou shalt not covet another taxi driver’s cab.

From my earliest days at National, I fought tooth and nail to get a regular cab that was clean and ran well. I cajoled and begged the cashiers, happily paying extra for National 182, a Ford Fusion that met the above criteria and didn’t have a regular driver. For almost two years, 182 was my trusted ride, until the medallion owner took it out of circulation on a long-term lease.

After that, I ended up with 1462, the only National cab with an ad topper, one of numerous cabs recently acquired from Yellow. I hated driving around with a glowing advertisement above me. Plus, the speakers were broken. So when Vic, the medallion owner/day driver, switched to a 24-hour lease, I was almost relieved to be back at the mercy of the window and the varying conditions and quality of the gate and gas fleet.

Veterans 215 was the best of the worst. Even though I’m not keen on Camrys, this was Juneaux’s former cab, and due to his persnickety nature, the inside had remained mostly clean. But as long as it stayed in general circulation, it’s condition rapidly deteriorated.

Months later, Alex finally told me I would be on Veterans 233, a Fusion with low mileage, leather seats and a sunroof. For weeks, I watched the vehicle transform from a regular car into a taxi. First the paint job, then the taximeter and tablet attached to the dashboard and a top light fastened to the roof. Eventually, SFO permit stickers were affixed to the side and, after several more inspections, the day arrived when I was handed the keys and medallion.

Now that I had a regular cab, my next battle was to make sure other drivers didn’t trash it. Because no matter how cherry a taxi is, most cab drivers seem intent on running a good taxi into the ground.