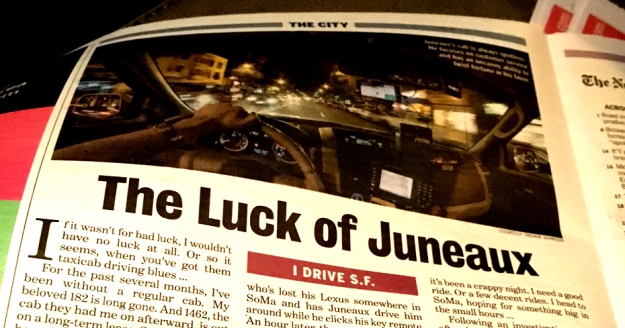 Juneaux is the most fastidious taxi driver I know.

His cab is always spotless, inside and out. He focuses on superior customer service and, in the process, has an uncanny ability to twist fortune in his favor.

I call it “The Luck of Juneaux.”

A few weeks ago, I wake up to a salvo of texts that began at midnight.

“I’m so fucked,” Juneaux writes. “I accidentally overslept and now I only have six hours to make my nut. I’m going to end up hanging a gate.”

After several texts describing the hopelessness of the situation, his tone changes drastically.

Around 3 a.m., he picks up a guy who’s lost his Lexus somewhere in SoMa and has Juneaux drive him around while he clicks his key remote. An hour later, the meter is at $34.75, and the guy realizes it’s a lost cause.

His good fortune doesn’t stop there. Back in The City, he gets a timed SFO through Flywheel.

His final text reads: “After gate, gas and tip, I’m $146 in the black. Not bad for starting my shift six hours late.”

While Juneaux is dubious of its veracity, I have complete faith in The Luck. So much so, I’m convinced it’s even transferable …

Or click the image below for the newsprint version (with no pop-up ads): 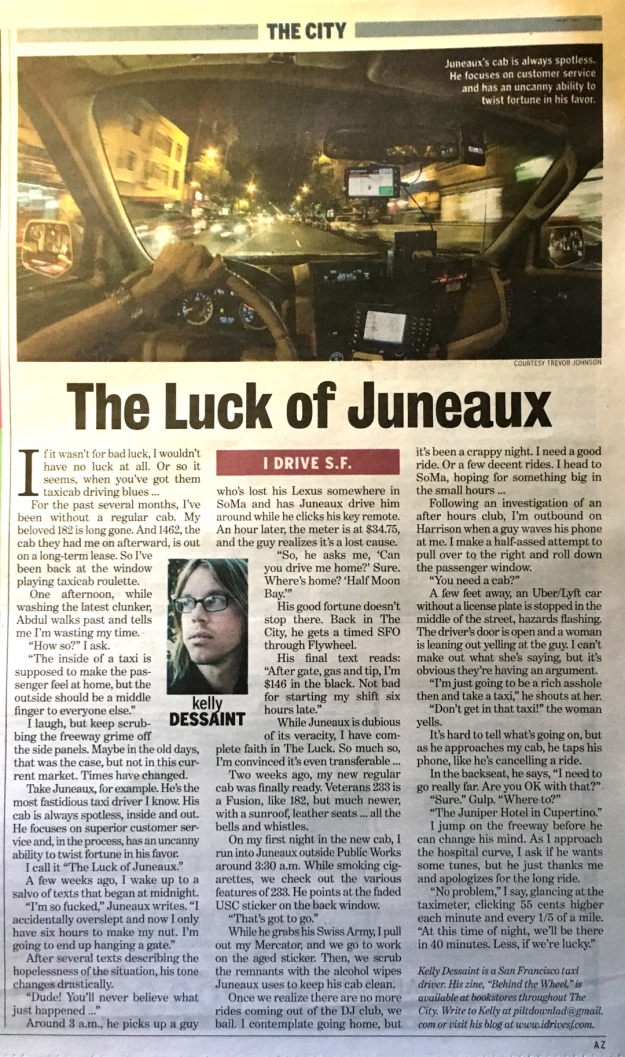