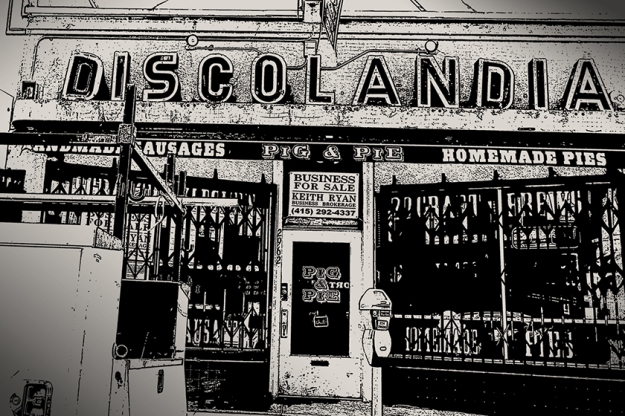 “Wow, I can’t believe I’m in a real taxi,” the girl in my backseat slurs, her words as boozey as her breath. “I didn’t think taxis even existed anymore.”

“Oh, there’s still a few of us around,” I respond absently, wondering how anyone could fail to notice the numerous multi-colored vehicles circling The City all day and night. I resist the urge to point them out as we head down Mission towards Bernal Heights from South of Market.

There’s one… There’s another one… And another…

Originally, a guy was with her, but after she turned down his offer to keep the party going, he handed me a $20 bill, told me to drive her home and jumped out at the light to take an Uber instead.

“Getting a cab is just so…” her voice trails off. “Aggressive. We had to yell and wave to get your attention.”

“Well, I wasn’t really expecting to see anyone in front of Moscone at 1 a.m.,” I say in my defense.

Prior to speeding down Fourth Street, I had been working the Dark Star Orchestra show at the Warfield. After taking a fare to Russian Hill and a second to the Inner Richmond, I went back for a triple dip, but only a few deadheads remained, zonked out on hippie crack. A couple so high on mushrooms they couldn’t figure out how to get to the Hampton Inn around the corner wanted a ride though. Since the hotel was just a meter drop away, I declined payment, in cash or psychedelics, decided to call it a night and headed towards the bridge.

I ask the girl again why they took a taxi.

“That fellow who got in with me, Conrad, is the sweetest man,” she tells me. “He’s been in love with me for over a year. And I’ve treated him horribly.”

Her voice quivers and she begins to cry.