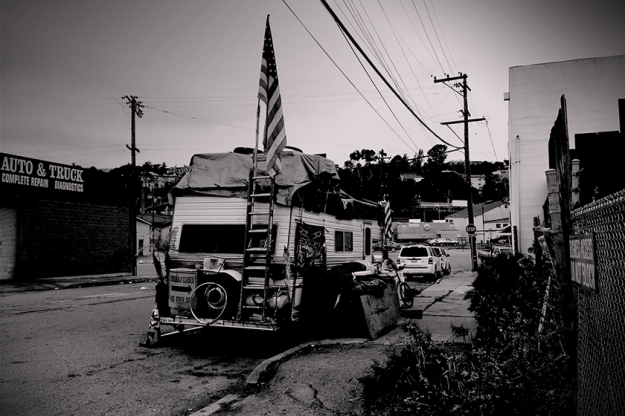 “I just need to hit a lick or something, and everything will be OK,” the guy in the back of my taxi tells me, bringing a torrent of dismay to a semi-conclusion. “It’s not like I’m asking for the world, you know? I mean, something’s gotta give. I can’t keep building cardboard forts to stay out of the rain. You know what I mean?”

Even though most of his statements end with questions, I realized soon into the ride that he wasn’t seeking affirmation. He just wants to talk. Been on a roll since I picked him and his black Labrador up outside the Whole Foods on California Street.

At the time, I was on a radio call, looking for someone named Sylvia. While he didn’t fit the description, he was the only one around who wanted a taxi.

I sensed right away that he was on the skids. A reality he also knew was unmistakable, which is why, after making sure I was cool with the dog, he immediately handed me a wad of cash.