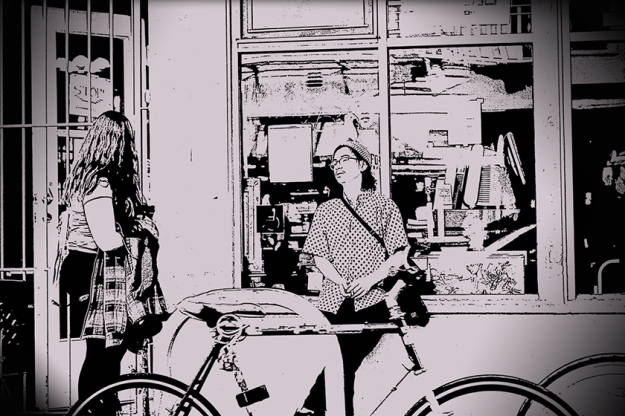 It goes without saying that the past few weeks have been a whirlwind of emotions: fear, isolation and the uncertainty of when/if things will ever be normal again. Based on social media, though, which is the only way to really interact with anyone these days, one of the most pervasive sensations shared by the general public seems to be boredom.

As we enter the third week of sheltering in place, my Facebook and Twitter feeds are inundated with people looking for ways to alleviate the stagnant existence our lives have become while trapped indoors.

Not to diminish anyone else’s experiences, but if you’re bored, consider yourself lucky.

Imagine being stuck in a tiny, cramped one-bedroom apartment with a rambunctious three year old who’s constantly bouncing off the walls.

It starts from the moment she opens her eyes, with a brief respite at naptime, if we’re lucky, until she finally lets me rock her to sleep to Joy Division or Echo & the Bunnymen at some point between 10 p.m. and midnight.

Even before they closed the playgrounds, when we try to take her outside, she immediately gravitates towards other people and touches every available surface and puts things in her mouth. She’s a very active and social three year old. She doesn’t know any better, and has no grasp of the dangers of germs.

Children never – ever – do what you want them to do. I don’t know how people survived with kids during historical disasters like sieges or natural disasters. There’s no way my child would remain chill under adverse circumstances. Like, say, hidden in an attic in the Netherlands. By day two we would’ve been caught and shipped off to the camps.

We keep her indoors as much as possible. A process that has been frustrating and infuriating, for all of us. And definitely not boring.