The Complete Zine Series about Driving for Hire in San Francisco

The Behind the Wheel zine was created by longtime zine maker Kelly Dessaint to document his experiences driving for hire in San Francisco. The first two issues chronicle driving for Uber and Lyft, before he goes to taxi school and becomes a bonafide taxi driver. The third issue features the unexpurgated “I Drive SF,” based on his weekly column for the San Francisco Examiner. The fourth issues contains five long-form essays about driving a taxi in San Francisco while living in Oakland, writing for a newspaper, dealing with a complicated marriage, hostile encounters with Uber/Lyft drivers and the prospect of bringing a child into a world that’s completely out of whack. Combined, this collection presents a vivid, voyeuristic tapestry of The City, which is a constant backdrop throughout the stories – essentially the main star – followed closely by the author himself.

Available directly from the author:

The complete zine series about driving for hire in San Francisco... This 364 page paperback contains the definitive versions of all four issues of Behind the Wheel, expanded and updated with new illustrations and additional content. Two-tone cover, fully illustrated in black and white. Free shipping via USPS media mail.

In my Etsy store, along with my other books and zines…

And wherever else books are sold…

Some of my other publications: 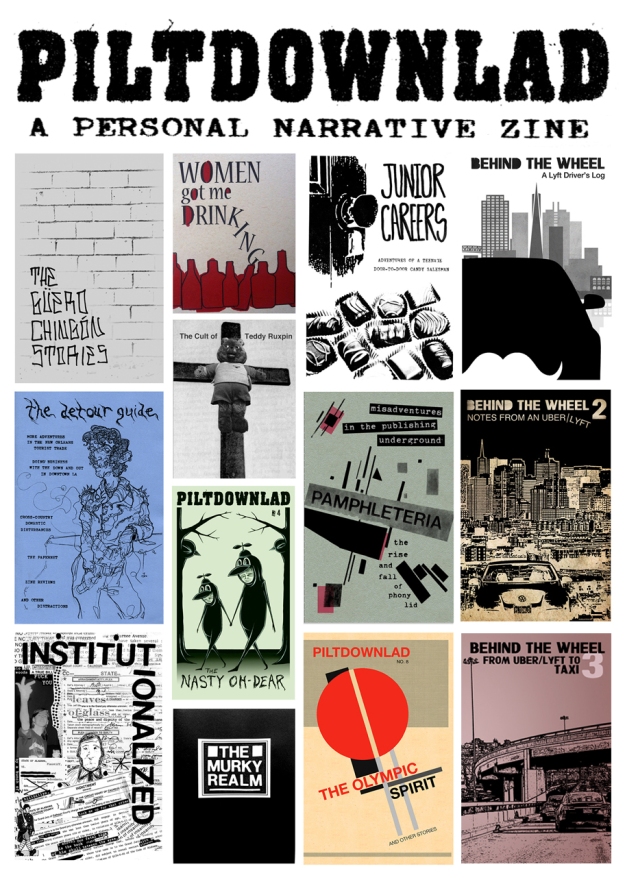 You should never trust anyone who toots their own horn, but people tend to like this book. At least I’m proud of how it came out. 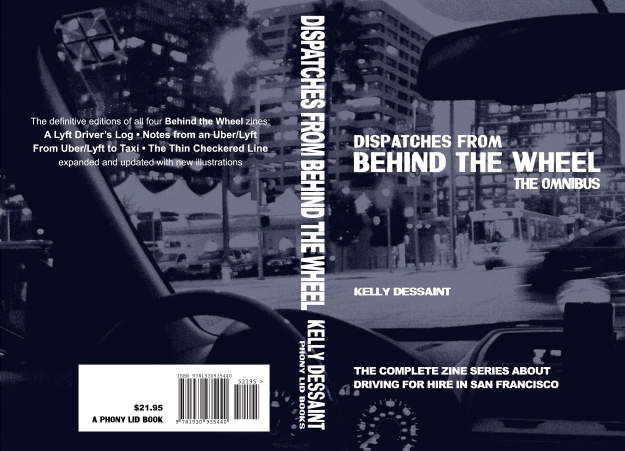