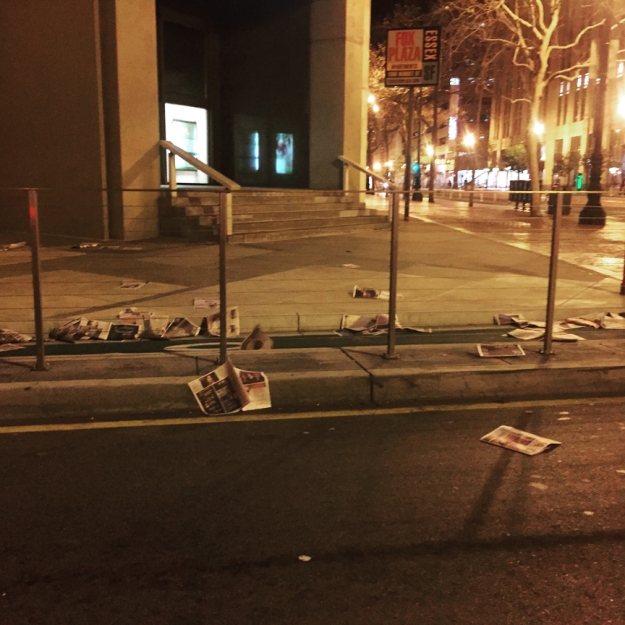 It’s a cold, blustery evening in The City. As I wait for a red light to cut me some slack, a tsunami of garbage drifts through the intersection. Competing tabloids wrestle in the street, while crimson and ocher leaves, plastic bags and stained fast food wrappers egg them on like hype men in a rap battle.

Even though the rain has finally let up, the sidewalks are vacant and most of the bars are quiet. Not much traffic either, which makes waiting so long for this light to change all the more frustrating.

“Come on, signal,” I mumble out loud. “Turn green already.”

I’m not long for this shift. With only fleeting moments of demand earlier that have since become few and far between, I don’t see much promise in the small hours ahead. Or the next few blocks, for that matter.

Should I waste my time circling through SoMa? I wonder. Or take a right and go straight to the bridge instead?

When the light turns green, I make a left.

After finding no love on Eleventh Street, I turn onto Folsom. Outside The Willows, there’s an arm in the air.