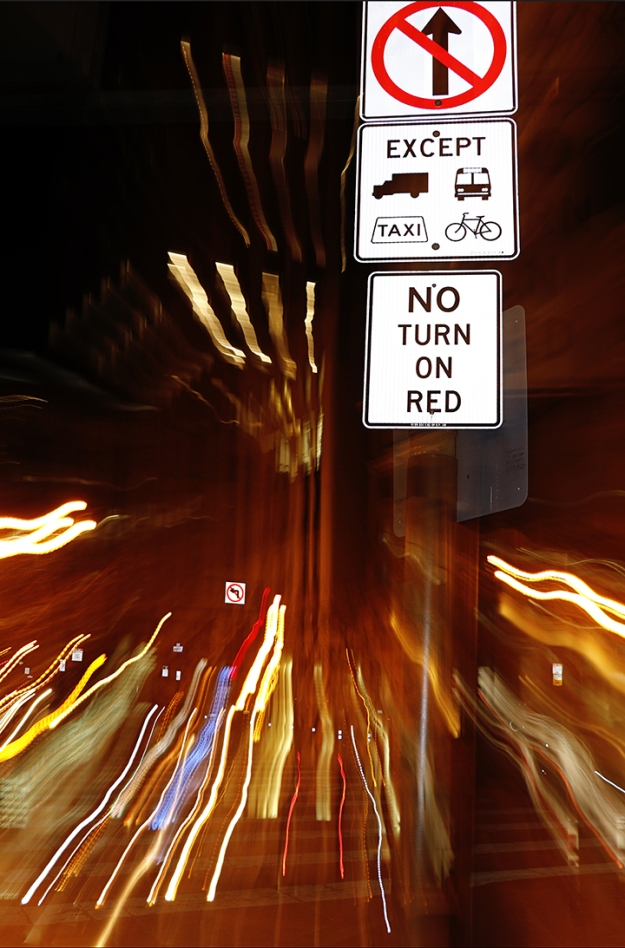 My day begins under an apocalyptic sky. Due to the deadly Camp fire up north, the atmosphere in Oakland is polluted with tragedy and a thick haze of smoke.

It’s been 10 days since we’ve had a breath of fresh air. The lack of oxygen is really bothering me. As much as I’d like to just stay home, my taxi is parked outside. So I say goodbye to the wife and kid, jumpstart Veterans 233 and begin the long slog across the Bay into a blood red sunset.

On the bridge, visibility is poor. Yerba Buena Island is just a blur and the skyline is blotted out by smog.

I take the Fifth Street exit. At the light, one of the panhandlers has a sign that reads, “Need $ for an N-95.”

Downtown, the streets are practically deserted. Although most people seem to have heeded the authority’s advice to stay indoors, the majority of folks who decided to brave the elements are wearing respirators or surgical masks.

After driving down Market, I turn onto New Montgomery and cruise past The Palace, where Local 2 has been on strike for over a month. Some picketers attempt to make a commotion, clanging on buckets and other percussive instruments, while trying to stay warm as the evening temperature drops rapidly.

Even before the fire, there was a heavy dystopian vibe in San Francisco, as if we’re living a sci-fi novel set in a universe divided by massive income disparity, where crime and violence run rampant and evil corporations develop tools that allow a totalitarian regime to assume control of the government.

While those who’ve read the “Big Three,” along with Philip K. Dick, Kurt Vonnegut and Anthony Burgess, might have an idea how this story will end, it seems as though the people developing technology these days are too blinded by hubris and greed to realize they’re bringing us closer to the end of times.

Now that we have the worst air quality in the world, it feels even more like the future is here. And it’s just as terrifying as Orwell and Huxley predicted. But as long as we have enough gadgets to desensitize us to the consequences, there’s no reason to freak out …