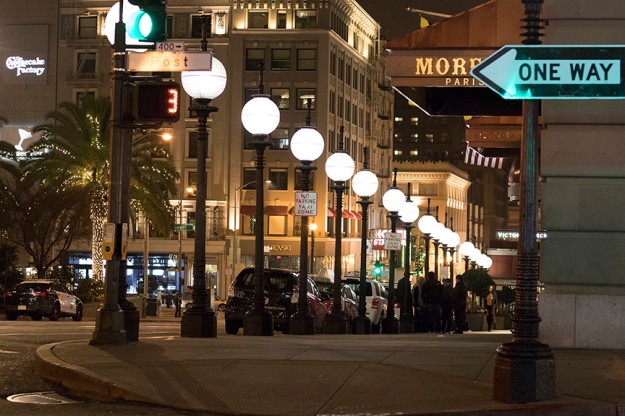 This week’s column for the S.F. Examiner is about discussing Uber in the cab, and in the column…

The other night, after a long 14-hour shift, I’m standing outside the dispatch office at National, smoking a cigarette with a couple of drivers and complaining about the latest injustice to our livelihoods: management is raising the gates on 24-hour leases from $103 to $123 per day.

As one driver disappears into the night and another arrives to take his place, conversation fluctuates between outrage and indignation until someone brings up my column, much to my chagrin. He wants to know why I don’t use the forum to blast our adversaries.

Since this is such a common inquiry, especially among taxi drivers, I’ve become adept at brushing it off with offhanded comments like, “Because Uber and Lyft are boring.” Or, “I’m under doctor’s orders not to discuss Uber.”

This time I went with, “Nobody cares about this stuff except taxi drivers.”

My response isn’t good enough, though, and the guy tells me I’m wasting a perfectly good opportunity to help the industry resist the onslaught of the ridehail companies.

“Tell me,” I respond, taking a drag from my American Spirit. “Do you guys actually read the column?”

“Uhhh,” the first guy stutters. “I’ve read it before. In the past.”

The second guy shrugs, while the third guy just smiles.

“So how do you know what I write about, then?” I laugh. “Whatever. If I wrote the column just for taxi drivers, nobody else would read it.” With that, I take a final drag, pitch the butt and walk away.