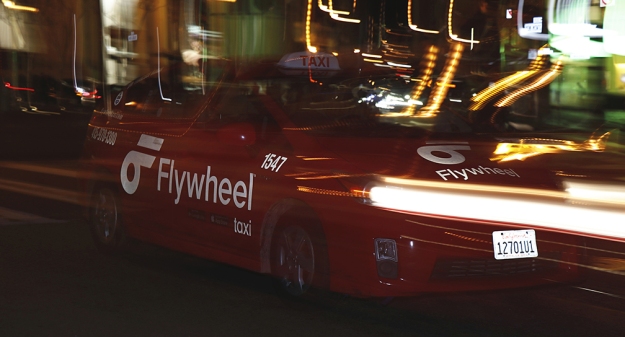 This column is a continuation of the Flywheel debacle that began with “Pimp my Taximeter.” For a summary of the whole shit fest, go here.

Since last week’s column, I’ve responded to numerous emails and comments from readers worried that continuing to use the Flywheel app was a problem because of the resent unsavory business decisions by the owner, Hansu Kim.

Despite my criticism, let me be perfectly clear:

As previously mentioned, Flywheel, or an app like it, is vital for the survival of the San Francisco taxi industry. That is what makes Hansu’s actions so deplorable. Not only is he threatening the livelihoods of taxi drivers, who are already struggling to survive in a market skewed to favor the competition, but he’s also jeopardizing the patronage of the small percentage of San Franciscans who still use cabs by limiting their access to prompt service.

Since removing a large number of drivers off the platform, there have been reports of longer-than-usual wait times. Of course, one benefit of having fewer taxis online is that many drivers are seeing a marked increase in ride requests.

Despite my decision to abandon the app out of solidarity with the drivers who have been unfairly targeted, when Artur offered to reconfigure my Flywheel phone so I can accept orders again, it seemed foolish to resist. And not just because he threatened to smack me around for being an idiot.

Even though I’m still reluctant to go online, boycotting Flywheel only benefits the competition.